Wearing cowboy on his skin (in Bavaria) 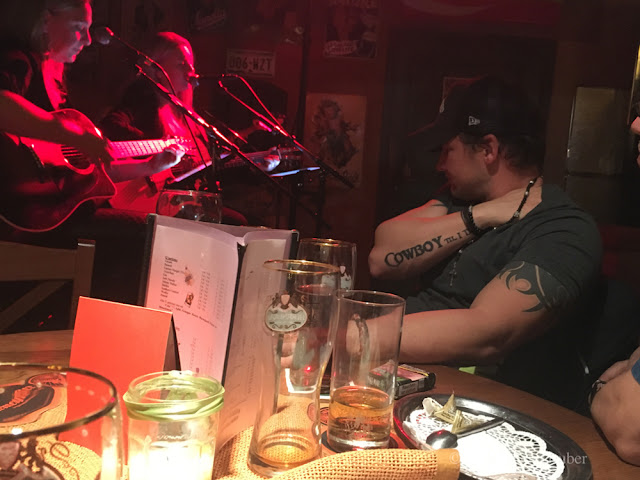 I've been visiting Willie Jones, the American-born singer whose been based in Germany for more than 30 years and is one of the standouts on the European country scene. He has a new compilation CD coming out this fall, and I wrote the liner notes.

Willie is one of the first people I met in Europe's Imaginary Wild West -- back in 2003, when he was the strolling singer at the Pullman City wild west theme park (I was writing an article for the New York Times on European wild west theme parks). We went on a memorable road trip to a country roadhouse in southern Bohemia ... the first time I heard "The Okie From Muskogee" sung in Czech.... I last saw his about a year and a half ago, at the "mini Dobrofest" festival in Trnava, Slovakia (which I wrote about HERE).

Last night I went with Willie to a club gig in a village in Bavaria, near Regensburg: he played bass backup for a German duo called Bud 'n' Cellar, and also sang....country-infused rock and pop.

The club was packed -- and the fans demanded -- DEMANDED -- DEMANDED -- that they play "Country Roads" -- two times! I have posted about the significance of this song in the European country scene.

I was particularly fascinated by the tattoos sported by one of the group's friends. He wore his enthusiasm on his skin. 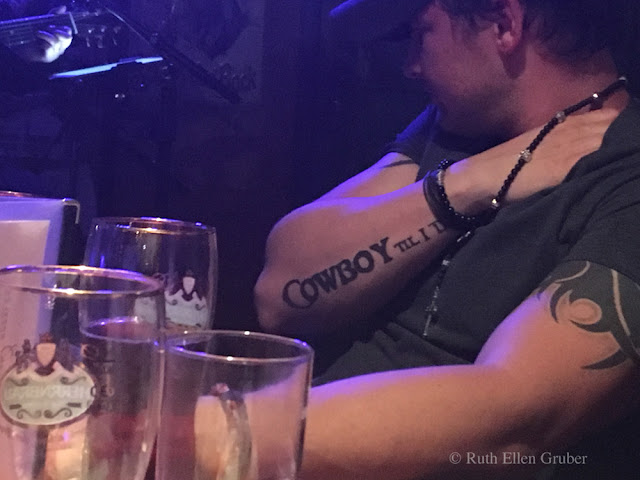 Here's another couple of pics from the gig: 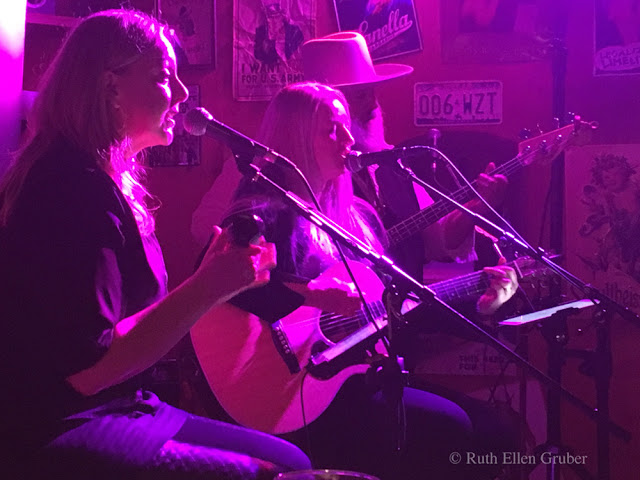 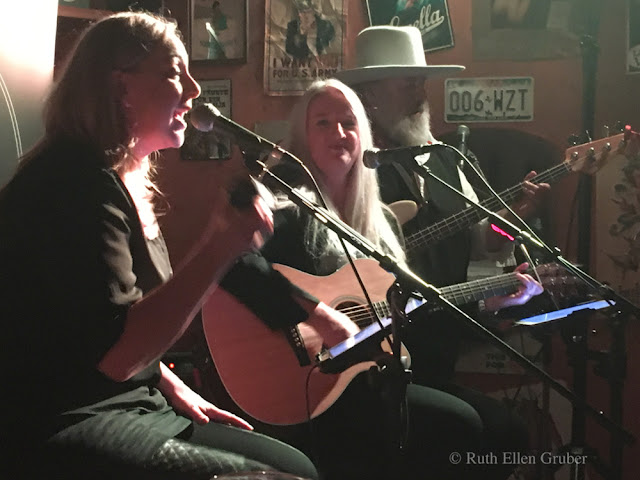