The earliest recorded sounds of the banjo 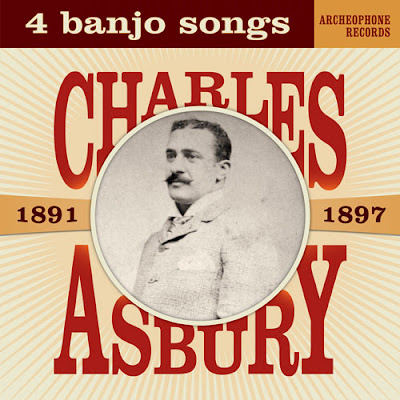 The oldest known recordings of the banjo date from the 1890s and are contained in four wax cylinders recorded by the African American entertainer Charles A. Asbury.

The Retropod podcast is the latest to write about Asbury, following several articles last year when .Archeophone Records released a 45 rpm vinyl recording with 16-page booklet, photos, and notes.

The Archeophone notes describe Asbury as "an African American veteran of the minstrel stage" who lived from ca. 1857 to 1903.

Born in Florida but raised in Georgia by a Baptist preacher, Asbury played Sambo in stage productions of Uncle Tom’s Cabin before becoming a noted vocalist with the original Unique Quartette and a celebrated banjoist on the vaudeville stage. His banjo songs were popular in phonograph arcades all over the country in the early 1890s, years before phonographs went into people’s homes. He did yeoman work for the infant phonograph companies–churning out wax cylinders, a few at a time, for seven years–before disappearing abruptly from the annals of the stage and recording history[...].

The oldest recording on the set dates to about 1891, making it the oldest known banjo recording in private hands. Asbury played in the old minstrel “stroke” banjo style that virtually disappeared from the vernacular and has only in recent years been rediscovered and reinvigorated by scholars of American banjo music.


Click this link to sample all four tracks on the recording

Listen to the Retropod podcast